Mastering in 2022 and thank you

A huge thank you to all who’ve kept me busy mastering their music in 2022. In particular, with albums that had been on hold for many reasons during 2020-21 having been mixed and finally ready for release, it’s been an intensely busy time!

To The Weeping Willows, with a Grammy Award consideration for their album You Reap What You Sow, as well as two Golden Guitar Awards (and a further three nominations for 2023)!

And to Australian Folk Music Award finalists Above The Bit, Justin Bernasconi, Joyce Prescher, The Lost Clog, The Weeping Willows, and Lucy Wise.

And to Freya Josephine Hollick, with her epic album The Real World, produced and mixed by Roger Bergodaz at Union St Studio and featuring Lucinda Williams’ band Buick 6. Mastered also for digital, CD, and vinyl release, the album has landed a host of deserved accolades: 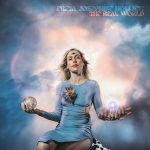 Stay well, remember to gift music for the holiday season, collaborate in your recording and mixing stages, take care of your hearing and, as always, send only mixes you love to mastering!